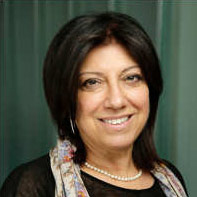 Hilary teaches academic STEMM communication at the Centre for Academic English, Imperial College London. Her primary focus is on research writing for doctoral students, postdocs and academic staff. She consults on scientific research publication at all levels, working with both native- and non-native speaker researchers to communicate complex content effectively across a range of fast-changing communication platforms. She has been at Imperial since 1993 and is currently also working with academic staff at Imperial on preparing for the UK’s 2021 Research Excellence Framework. Hilary is the author of Science Research Writing (Imperial College Press, 2009; Google Scholar citation count 143), which sold over a thousand copies in the first two months. The book has now sold over 35,000 copies and has been translated into Korean, Japanese and Chinese. It is used as a course book at more than 30 universities around the world and has been updated and rewritten for a second edition to be published early in 2020.